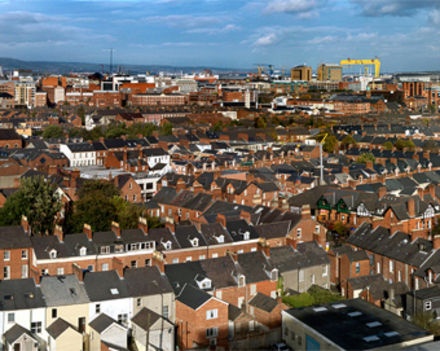 House prices in Northern Ireland have seen the biggest increase in the UK over the year, taking the average house price in the province to £137,000.

House prices increased at their slowest annual pace in nearly six years in January as property values tumbled in London but increased relatively strongly in places including the Midlands, Wales and Northern Ireland, official figures show.

England and Scotland saw a slowdown in annual house price growth, while in Wales and Northern Ireland property values are rising relatively strongly.

In Wales, the abolition of the Severn crossing tolls is helping to drive prices up in the south-east of the country, according to the report released jointly by the Office for National Statistics (ONS), Land Registry and other bodies.

UK house price growth has been slowing for the past two-and-a-half years, driven mainly by a slowdown in the South and East of England.